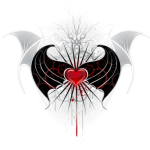 Superpowers, don't always make you a superhero. Michael Grant Bruce Wayne is a man of action. At night, he roams the streets fighting crime and bad guys as Batman. But he knows that he can’t just fight the bad guys. He has to stop the bad guys from becoming bad guys in the first place. So he takes action of another kind: he donates money to fix the underlying problems in the world. The authoritative sources at Wikipedia tell me that through the Wayne Foundation and its subsidiary END_OF_DOCUMENT_TOKEN_TO_BE_REPLACED